270's ~ Romans build a village at a strategic crossing place beside the River Medway.

900's ~ Danish vikings return to Kent, sailing up the River Medway sacking Rochester all the way through to Allington.

1060's ~ The all powerful Godwin Earls own Allington, held by Wulfnorth, younger brother to Harold Godwinson.

1066 ~ Following the Norman Conquest the lands of Allington are stripped from King Harold's family and granted to William's half-brother Bishop Odo.

1086 ~ The Domesday Book records 'Elentun' as a small manor worth 100 shillings a year.

1099 ~ The loyal William Warren is killed during a baron's rebellion against his late lord William the Conqueror's son, King William Rufus.

1140 ~ William Allington inherits the manor and builds himself a castle on the site during the turbulent times of the Civil War between Empress Matilda and her cousin, King Stephen. Following his death his wife Agnes is forced to pay a fine to retrieve the forfeited castle for her son, also named William.

1173 ~ William declares for the baron's rebellion against King Henry II. Following Prince Henry's crushing of the rebellion the following year, the King orders the castle to be destroyed. Ansfid, the Sheriff of Kent is paid 60 shillings to ensure this work is completed.

1190 ~ Avelina marries Osbert, brother to the Chancellor of England. Under King Richard I 60 shillings are paid for the marriage.

1194 ~ Osbert Longchamp builds himself a manor house at Allington.

1208 ~ Osbert dies in debt. His wife Avelina outlives him by a further thirty years.

1265 ~ Osbert's grandson who inherited the manor of Allington nine years earlier, fights at the Battle of Evesham for Simon de Montford's rebellion against King Henry III. Following de Montford's death and defeat at the battle, Allington is seized by the Crown, but later granted back to Longchamp.

1279 ~ Longchamp sells Allington to his rival Stephen of Penchester, warden of the Cinque Ports to King Edward I.

1281 ~ King Edward I grants permission to crenellate Allington to hold it for the Crown against the threat of French invasion.

1309 ~ Through marriage the castle of Allington passes to Sir Henry Cobham, who also owns Hever castle.

1418 ~ King Henry V orders 7,000 cannon balls from the quarries at Allington for his war efforts against France.

1491 ~ Henry Wyatt, loyal supporter of the Lancastrian King Henry Tudor, purchases Allington Castle. He had previously been imprisoned and tortured for two years, held in a tower in Scotland for refusing to change sides for the Yorkist King Richard III. He is later appointed to manage the affairs of the King's son, the future King Henry VIII.

1520 ~ Henry Wyatt accompanies King Henry VIII to the Field of Cloth and Gold in France with King Francis I of France.

1527 ~ King Henry VIII stays at Allington Castle to meet with Cardinal Wolsey, upon his return from France attempting to arrange the King's divorce from Catherine of Aragon.

For security King Henry orders that his room is closed by a dry stone wall.

Henry's son, Thomas Wyatt, is requested by the King to break of his intimacy with Anne Boleyn, due to the King's desire to later wed Anne once he can secure his divorce.

1533 ~ King Henry marries Anne Boleyn, putting an end to Sir Thomas Wyatt's relationship with Anne. The following year he is sent to Fleet Prison for an affray with the sergeants of London in which one sergeant is killed.

1536 ~ Sir Thomas is imprisoned in the Tower of London and from a window witnesses the execution of Queen Anne Boleyn's brother, her alleged lover's and later the Queen herself.

1539 ~Sir Thomas is ordered to France to frustrate the proposed marriage between King Henry VIII and Anne of Cleves. He later acts as an ambassador in both France and Flanders sowing discord between France and Spain whenever he can, reporting back to his patron Thomas Cromwell.

1541 ~ Sir Thomas is imprisoned in the Tower of London on a charge of treason. Queen Catherine Howard intervenes to secure his release. Later the same year he is sent to command the defence of Calais.

1542 ~ Sir Thomas is made captain of an English armada, later sent to Falmouth to escort the Spanish envoy to London, dying en-route due to a fever. His son, also named Sir Thomas, inherits his father's estates.

1550 ~ Sir Thomas the younger is made Sheriff of Kent by King Edward VI, and later Earl of Kent.

1554 ~ Sir Thomas and others including Thomas Culpepper, meet in secret at Allington Castle to plot against Queen Mary to place her sister Elizabeth on the throne of England.

Later the same year Sir Thomas and a force of 3,000 men enter London, after a band of Whitecoats sent to attack his men defect to their cause. The rebellion fails and he is captured, sent to the Tower of London before being beheaded, quartered and his head stuck to a pole, which was afterwards stolen. Rebel bodies are hung from the castle walls. Allington Castle is forfeited to the Crown and used as a prison.

1558 ~ Upon Queen Elizabeth's succession to the throne of England, Sir Thomas Wyatt's estates are not returned to his family and so leave for the New World, landing in Virginia. The castle is destroyed by fire and much of its stone and and roof stolen to build local homes.

1583 ~ Allington Castle is granted to Sir John Astley by Queen Elizabeth I.

1720 ~ Allington is bought by Sir Robert Marsham, distant relation to Sir Thomas Wyatt, albeit never lives in the ruined castle.

Allington Castle takes its name from Celtic 'Elynton' - the ford of the Eyle, ancient name of the River Medway.

The castle is strictly private with access by expressed permission by its owner Sir Robert Worcester.

If you are fortunate to gain access to the castle and its grounds, you will discover the castle fully restored and in fantastic condition, thanks to the present and previous owners.

A fabulous gem of a castle with a rich history. A must for any Castle-Finder if you get the chance. 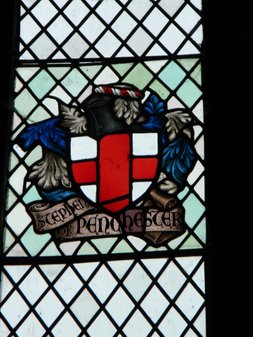 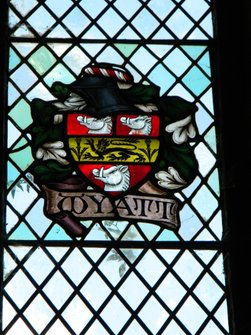 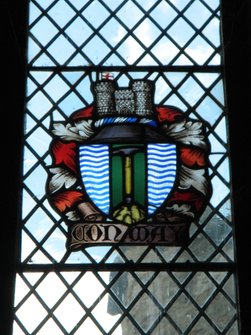 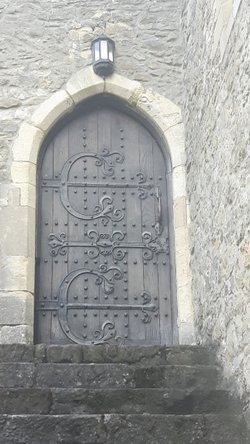