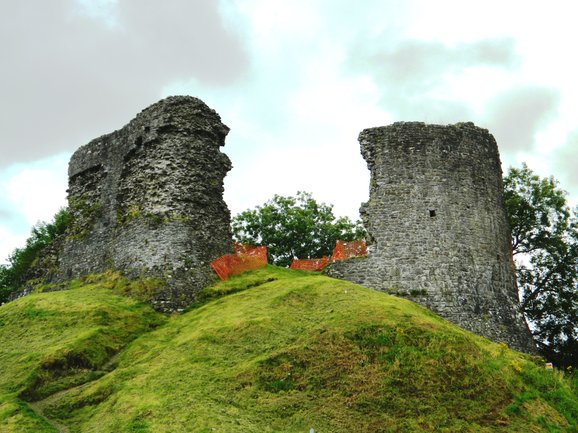 1066 - Following the Norman invasion of England William the Conqueror gives the manor of Llandovery to the Giffard family.

1116 - The Normans under Richard Fitz Pons begin the construction of the motte and bailey. It is not long before the still incomplete castle known as Cantref Brychan, is attacked and partially destroyed by Welsh forces commanded by the Lord Rhys. However, the Norman's retain control despite this setback.

1141 - During the anarchy of King Stephen's reign, Earls Ranulf of Gloucester, Robert and Miles Gloucester, form a large army which consists of a full one third Welshmen, and united they march against the King at Lincoln. The Welsh contingent are led by the two princes and brothers,  Maredudd and  Cadwaladr, the buccaneering brother of the great Owain Gwynedd, arch enemies of Hugh Mortimer of Wigmore and key royalist in the west. In late January  this large force led by Earl Ranulf of Chester march towards Lincoln. On 2 February they cross the Fossdyke, swollen by the winter rains, and sweep aside the few guards posted by the King. King Stephen, superior in numbers and armament, confidently abandons a good defensive position, and advances down from the city heights to meet them.

1287 ~ Rhys ap Maredudd, son the the lord of Dryslwyn Castle and lord of part of a once powerful kingdom of Deheubarth, rebels against King Edward I due to the oppresive behaviour of the King's representative in South Wales. He attacks and captures the castles of Dinefwr, Carreg-Cennen and Llandovery.

With King Edward absent in France, it is left to his brother Edmund, Earl of Cornwall, to put down this rebellion and sieze Rhys's possessions.

A massive English army 25,000 strong converge on Carmarthen. Subduing the countryside as they march, the army assault Rhys's fortress of Dryslwyn, with siege equipment shipped from Bristol.

The siege lasts three weeks, during which mining beneath the castle chapel leads to the roof collapsing that kill many of his commanders.

In reponse Edmund drags his siege engines from the ruined Dryslwyn Castle to Newcastle Emlyn. Within ten days the castle surrenders. Rhys again escapes, with a price on his head.

1292 ~ The outlaw Rhys ap Maredudd is betrayed by some of his own men. He is sent in chains to King Edward at York, where he is convicted of murder, arson, theft, and the destruction of Royal Castles. He is hanged. His son and heir Rhys is arrested and imprisoned in Norwich Castle where he remains for the next 48 years.

1403 ~ Owain Glyndwr's Welsh rebellion is now at its height, with Llandovery castle the focus of his attentions as his army moves south.

300 of his men are sent from his main army to lay siege to the castle.

The speed of this move takes the garrison by surprise and are forced to yield the castle to the rebels.

Glyndwr's army march on to capture almost all the castles in South Wales as King Henry VI's grip on Wales is smashed.

Llandovery Castle occupies a strategic rocky hilltop overlooking the River Bran. This motte and bailey castle was fought over throughout its eventful history, changing hands repeatedly until it fell into disrepair in the early fourteenth century. Cromwell had the castle dismantled following the English Civil in the mid seventeenth century which effectively ended the life of the castle. 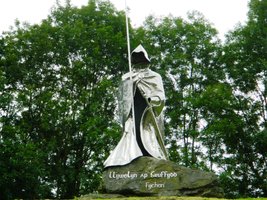