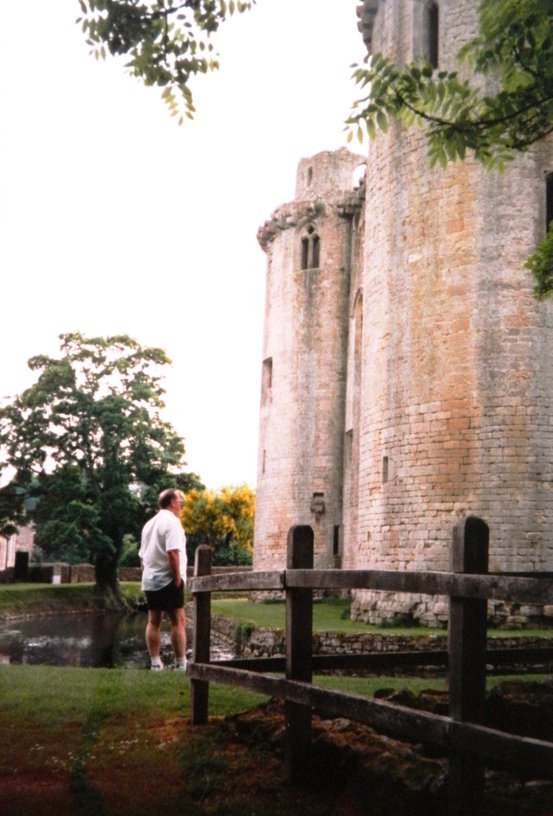 Nunney Castle is a very unusual castle to be found in England, more akin to a French Castle, which Sir John de la Mare, an experienced soldier who had fought in France during the early years of the Hundred Years War and had made his fortune from ransom money, would have become familar with.

The castle is more a statement of his wealth and status, than a serious fortification of strength, as was common with many castles built in this period.

A wooden rampart walk extended out from the towers and the curtain wall supported by projecting corbels. The tower was surrounded by a water filled moat fed from the adjacent Nunney Brook. Beyond the moat a large courtyard surrounded the tower and would have contained stables and other supporting buildings.

A lovely setting for an unusual and interesting little castle.

1373 ~Sir John de la Mare obtains a licence from King Edward II to 'fortify and crenellate his manse at Nonny'.

1383 ~ Nunney Castle is completed upon the year of Sir John's death.

1586 ~ The Prater's long running fued with their neighbouring land owners the Mawdley's culminates in being accused in the Court of Star Chamber of assualt.

1645 ~ Following Parliament's victory over the Royalist forces at Sherbourne, they attack Nunney Castle and breach the north wall after a two day bombardment with two cannon. The garrison surrender and the castle is set alight.

1660's ~ The abandoned castle is restored to the Prater family by King Charles II.