1420 ~ Sir Henry dies without leaving a male heir and so his estates are subsequently divided between his daughters. Tolquhon Castle passes to his second daughter, Marjorie, and to her husband, Sir John Forbes.

1547 ~ Alexander Forbes dies at the Battle of Pinkie.

1584 ~ The castle is rebuilt over five years by William Forbes. The work is undertaken by Thomas Leiper who convertes the site into a  palatial residence.

1589 ~ King James VI visits the castle during his campaign against the Gordon Earls of Huntly.

1596 ~ William Forbes dies and Tolquhon Castle passes to his son, William. Further upgrades to the castle are planned but are never started.

1651 ~ Alexander Forbes saves the life of King Charles II during the Battle of Worcester and, after the Restoration of the monarchy, is knighted.

The family remain loyal to the Stewarts even after the Glorious Revolution.

1716 ~ Parliament declares William's estates forfeit, but he refused to vacate his castle. William is forced to sell the castle to the Farquhars because of debts.

1718 ~ William is forcibly evicted from Tolquhon Castle, which subsequently ceases to be a high status residence. It is eventually purchased by the Earl of Aberdeen to use as a farm house. It continues in this role until the early nineteenth century and thereafter is allowed to drift into ruin.

The architecture is simply stunning with fabulous features in every corner of the castle.

The castle is well sign posted with plenty of parking available. 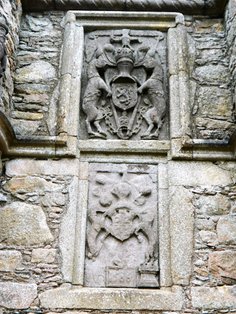 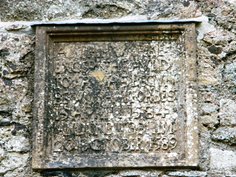