1423 ~ Sir William Forbes obtains Pitsligo as part of the dowry of Mary Fraser.

1428 ~ Following a charter issued by King James I of Scotland, Sir William has a tower house built in order to secure his newly confirmed lands.

1556 ~ The Russian treasure ladened ship, the Edward Bonaventure, crashes against the rocks of nearby Quarry Head. On board is the first Russian ambassador to England, sent with gifts from Tsar Ivan the Terrible to Queen Mary I of England. The treasures include exotic animals, valuable furs, amber, art and a large amount of Siberian gold and silver.

Fortunately, the ambassador escaped virtually unscathed only to see the ships immense treasures plundered by the local population. He reports this back to Tsar Ivan which causes political scandal so severe that the regent Mary of Guise, ruling the country on behalf of her young daughter, the future Mary Queen of Scots, takes personal charge of the investigation to find and punish the guilty.

Coincidently the wealth of the Forbes and Frasers are significantly increased.

1570's ~ Sir Alexander Forbes begins the building of the outer courtyard buildings to expand the castle.

1746 ~ Hanoverian troops plunder the castle following the failed Jacobite rebellion, forcing the 4th Lord of Pitsligo, Sir Alexander Forbes, to become a fugitive for the remainder of his days, living in caves, under bridges, remote moorland refuges and during safe periods as guest with friends and family.

During his hiding he comes across Government troops on many occasions but always manages to avoid detection and capture.

On one occasion he stumbles on troops patrolling the area. Unable to hide from them anywhere, he sits down on the roadside and stretches out his hand towards them pretending to be a beggar. Not only is his ruse successful in escaping capture, but one of the troopers stops to help the "poor cripple" with a coin.

Another time, whilst seeking help from the local shoemaker, his workshop is surrounded by government dragoons.  The shoemaker is well aware of who the fugitive is and so tells him to act as if he is his employee. Despite his lack of skill cobbling whilst the troops ransack the workshop, the ruse works and they eventually leave. Lord Forbes of Pitsligo is later fond of saying that "once I was even a cobbler Buchan".

1765 ~ Still a fugitive on the run the Lord of Pitsligo is hiding in the home of his son. One night, whilst staying as a guest of Mrs Sophia Forbes Donaldson, she has a dream in which she see's soldiers approaching and so wakes the entire household.

In the early hours soldiers arrive at the house and with no time to lose Sir Alexander is soon hidden in a small secret room. Whilst the soldiers ransack the home in search for the fugitive, he is unable to stifle an asthma attack. Quick thinking Mrs Gordon on hearing this drowns out the sound by her own fits of coughing and leads the soldiers away from the coughing Lord.

Not long after he dies and once this is confirmed his lands are able to be declared forfeit.  The castle is awarded to Alexander Garden who sets about dismantling it for building materials.

1770's ~ The banker Sir William Forbes continues the dismantling of the castle for its profitable building materials, with the exception of the north wing which was allowed to remain as a working farmhouse.

Pitsligo Castle is a fascinating castle that has many decorative features worthwhile exploring.

The tower house is quite substantial with walls ten feet thick at its base, with two vaulted rooms above, and a long lost third storey that once housed its laird.

The outer buildings are even more impressive including cellars and a kitchen, with once a suite of lavish apartments and a gallery.

Pittullie Castle is literally located just across a field away, so any visit should include both sites. 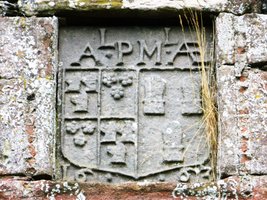 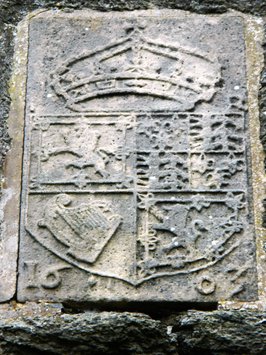 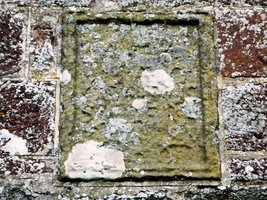