1222 ~ King Alexander II grants a charter at the castle.

1296 ~ During the punitive campaign of King Edward I of England against the Scottish Crown, he visits 'Fyvin Chastel'.

1370 ~ King Robert II grants the castle to his elder son John, Earl of Carrick, later King Robert III. He in turn grants it to his cousin, Sir James Lindsay, Lord of Crawford and Buchan.

1390 ~ The castle is granted to Sir Henry Preston as ransom of 'Ralph de Percy, English Knight' captured at the Battle of Otterburn.

1402 ~ Sir Henry is finally able to take up residence at the castle.

1596 ~ After the castle had passed through marriage to the Meldrum family, the castle is eventually sold to Alexander Seton, who later becomes Chancellor of Scotland. He sets about enlarging the castle into a baronial mansion.

1694 ~ Seton's grandson dies penniless in a Parisian garret following his enforced exile due to supporting the Jacobite cause.

1733 ~ The forfeited castle is finally sold to the Earl of Aberdeen and later passes to William Gordan. He eventually drains the surrounding marshland turning it to park land.

1885 ~ Sir Maurice Duff-Gordan, following serious financial difficulties, is forced to sell the entire estate 'lock, stock and barrel' to Alexander Leith, for £175,000. The castle is transformed into a luxurious palace.

Fyvie Castle was once a royal stronghold, one of a chain to strengthen the Scottish monarchy. The name means 'deer hill' reflecting its royal hunting palace of a castle that started out as a late 12th century earth and timber castle. Today the castle interior and grounds are quite spectacular and well worth a visit. 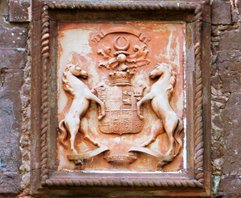 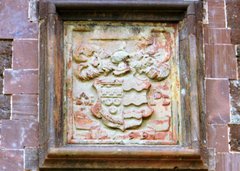 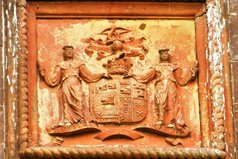 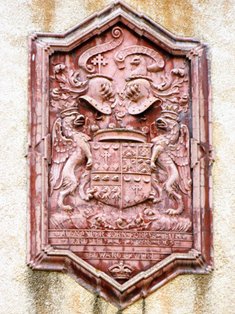 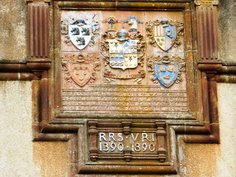